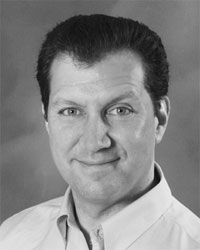 John is a seasoned real estate professional who comes to Jackson Hole Real Estate Associates by way of seven successful years in New York City with Brown Harris Stevens, the exclusive Christie’s International Real Estate affiliate for Manhattan and the surrounding area While in New York, John skillfully brokered millions of dollars of real estate transactions and was promoted to the rare position of Broker Specialist representing Brown Harris Stevens as the firm’s exclusive salesperson in one of Manhattan’s top luxury condominiums

John’s diverse business background casts a wide net; prior to real estate, John was an Advertising Sales Executive with Google where, as one of their original salespeople, he helped open Google’s first satellite office located in Manhattan which now houses over half of the company’s US operations and sales staff. John was responsible for Sales and Customer Service for many of Google’s multi-million dollar advertisers as well as Google’s first Adwords Specialist responsible for introducing their still current advertising platform to both Google employees and clients.Following his graduating from Boston College, John began his business career as a Financial Analyst with Salomon Brothers in New York, followed by four years in Boston as an Account Executive with Hill, Holliday Advertising A natural entrepreneur, John has started three of his own companies among which are a movie production company that produced a film chosen to screen at the 1994 Cannes Film Festival, and a musical entertainment production company that produced the shows of such headline talent as Donna Summer, Paul Anka, and others for large corporate and social events.

John’s talents go beyond a keen business sense and entrepreneurial spirit, however. He is an accomplished singer who has soloed for many events, including a performance for John Paul II at the Vatican, as well as an avid fly fisherman, skier, Lionel model train collector, and an Eagle Scout. When not attending to the needs of his clients, John also enjoys closely following his New York sports teams and cheering on his Boston College Eagles John adores spending time with his family, and is thrilled to be in Jackson Hole where he and his family are already an integral part of this wonderful community Let John’s wealth of experience and knowledge of the Jackson Hole landscape help you quickly find your Jackson Hole dream home.